Colours: Blue and Grey- this blue can be achieved using indigo (Regia Colour
Equivalent chart, my own dye experience, and comparing to Lady Marian’s
indigo dyed wool)
Wool was a commonly used fiber by the Viking, Europeans and right the way through to the
Near East. Wool was a commonly used fiber for making garments, particularly garments that are
aimed to keep the wearer warm, such as the intended hood. Therefore wool was a logical choice
for material. Indigo is a well known early and medieval dye. The 11/2 wool allowed me to sett
the handwoven fabric within the realm of fabric woven by the Scandinavian people of this time
period.
Skills
Weaving
Herringbone Twill
Wet finishing cloth
Hand sewing
Methods and Tools
• Weaving method: the fabric was woven in herringbone with occasional reversals in the
treadling
• Looms
Vikings used warped weighted vertical looms. Whereas I have used Glimakra Standard
loom with 4 shafts. Glimakra looms bear a striking resemblance to the extant looms
found in manuscripts and the few remaining pieces of horizontal looms of the age. Using
a horizontal loom is also a style that would have been used by my persona (7th C
Persian). This loom can be used like an early horizontal loom and can be converted to a
drawloom.
A variety of looms were used throughout the Middle Ages. The Vikings are famous for
their use of warp weighted looms, perhaps the most widely known Medieval loom. The
warp weighted loom is comprised of a set of uprights and one beam, which holds the
woven cloth. The warp is hung from the upper beam and weighted with stones or ceramic
weights. This loom would have been used to produce the fabric used for hoods, tunics,
accessories and the like.
However a variety of other looms were used in other regions. The Egyptians
developed both a horizontal loom and a vertical loom. The horizontal loom is developed
first, as early as the Middle Kingdom period (Harris, 1995; Jenkins, 2002; Weibel, 1952).
This loom is made by staking out two beams and using a fixed heddle, which may have
been wide rigid heddles (Harris, 1995; Jenkins, 2002; Weibel, 1952). Other looms used
throughout the Middle Ages include the two beam vertical loom, developed by the
Egyptians in 1500 BC (Harris, 1995; Jenkins, 2002). This loom is made using two 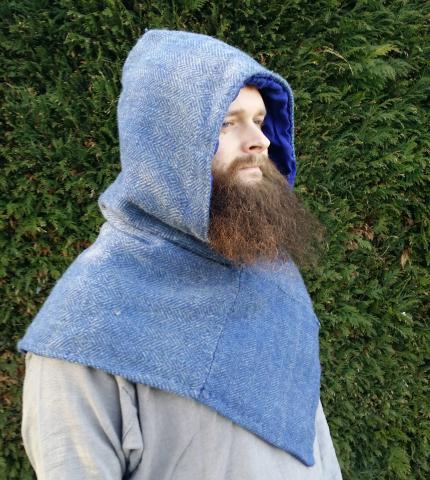 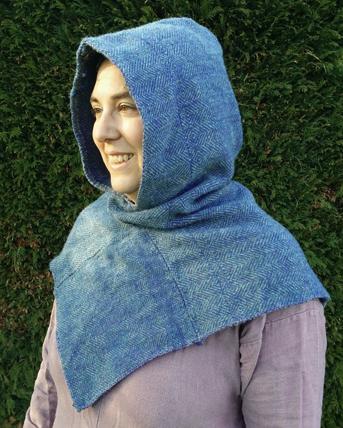